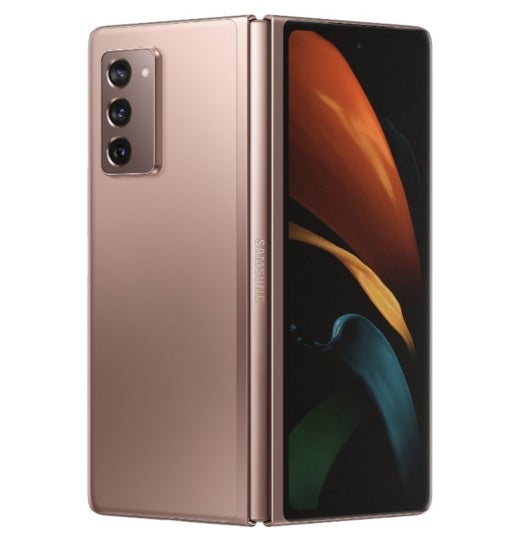 Unfold the future of smartphones   A year after launching its first folding smartphone, Samsung’s Galazy Z Fold 2 hit shelves, improving on some of the core issues with the original device and...
Read more

Unfold the future of smartphones

A year after launching its first folding smartphone, Samsung’s Galazy Z Fold 2 hit shelves, improving on some of the core issues with the original device and delivering a seriously premium, futuristic device with a price to match. Naturally, the main attraction of the Z Fold 2 is its foldable display – a 7.6-inch AMOLED screen with a 1768 x 2208 resolution that boasts an adaptive 120Hz refresh rate and (of course) folds in half. While Samsung has utilised its Ultra Thin Glass in this iteration, there’s still a permanent plastic screen protector over it and the interaction doesn’t feel quite the same as using a regular glass screen on a smartphone. When unfolded, this offers up an experience much like wielding a small Android tablet, and when folded up, the width is halved and the external 6.2-inch Super AMOLED ‘cover display’ takes over (itself offering a resolution of 816 x 2260). This external display is a significant improvement on its predecessor, which was a less practical 4.6-inch size, but can still feel a little cramped with its extremely vertical 25:9 aspect ratio. Another marked improvement over the original Z Fold is the strengthening of the hinge mechanisms that allow the folding to take place, as well as implementing a Flex Mode UI that adapts certain apps to display differently when the device is folded at an angle (an example being the camera app, where controls and settings are on the lower half of the display, leaving the top half clutter-free for taking shots).

As for internal prowess, the Samsung Galaxy Z Fold 2 is certainly no slouch. Powering the whole show is Snapdragon’s 865 Plus chipset along with 12GB of RAM, allowing not only for top-notch performance, but also incorporating 5G connectivity. The handset’s available in 256GB and 512GB storage options, and the five camera array is one of the best on the market (only beaten by Samsung’s own Note 20 Ultra). An impressive 4,500mAh battery makes sure the Fold 2 runs all day, only needing a top-up overnight, and the fast charging capabilities mean you’ll be right in emergencies.

Score: 4 / 5
Verdict: While the technology that allows foldable phones is still young and rather expensive, the Z Fold 2 from Samsung is the pick of the bunch if you’re willing to adopt the tech early. It’s improved a lot of issues with the first iteration and is a more solid offering overall, but if you’re not hellbent on the folding screen, Samsung has more powerful alternatives.

Other brands in Mobile Phones