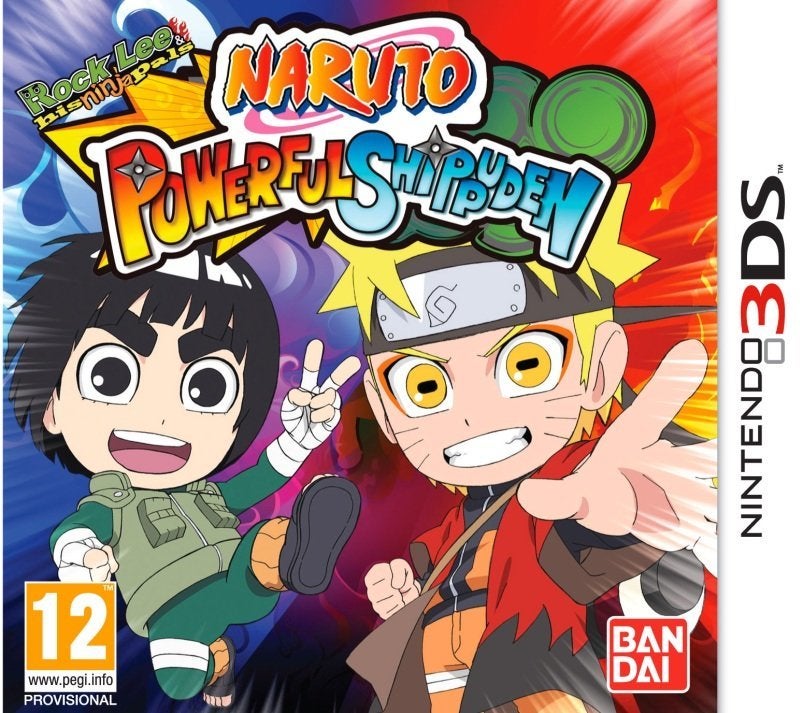 Naruto: Powerful Shippuden brings gamers a side-scrolling action fighting game with an anime twist. Based off of the Naruto spin-off Rock Lee & His Ninka Pals as well as Naruto Shippuden, this game...
Read more

Naruto: Powerful Shippuden brings gamers a side-scrolling action fighting game with an anime twist. Based off of the Naruto spin-off Rock Lee & His Ninka Pals as well as Naruto Shippuden, this game allows players to take the role of either whisker-faced Naruto Uzumaki or bushy-eyebrowed Rock Lee and enjoy lively ninja missions directly based off of their animated storylines. Rock Lee’s eyebrows aren’t the only things that are oversized in Naruto: Powerful Shippuden. The comical animations in the game feature oversized caricature heads and humorous on-screen expressions and actions designed to entertain and appeal to gamers of all ages. The pick-up-and-play gameplay allows even casual and young gamers to enjoy busting out flashy moves and special attacks throughout the game’s various stages. Players will be able to take the ninja brawl from the training fields to the forests to the mountains during both night and day. Features: - Embark on the journey of becoming a powerful Leaf ninja to knock out opponents or even become a knock-out with sexy jutsu. - Includes a Story Mode as well as an Endless Battle Mode so players can choose to either follow a progressive storyline or just pull out the punches for a sprightly ninja showdown. - Action-packed gameplay allows players to earn experience points to power up their vivacious characters and also use the touch screen to strengthen special attacks. - Fans will recognize their favorite characters from the NARUTO franchise such as Kakashi, Sakura, Gaara, and many more -- all can be called upon as support characters in the midst of battle.

Other brands in Nintendo 3DS Games